I noticed a question on the Good Reads website asking indie authors whether they felt a sense of pride at being an indie author. For those who don't know what an indie author is, it's a writer who has self-published fiction and/or non-fiction.

I'm in the fortunate position of being both types of author - I had a memoir published traditionally and I self-published one novel, Raw Nerve, due to the changing landscape in traditional publishing, i.e., they no longer take risks on large prints runs unless your name is Lee Child or John Grisham.

So back to pride; actually pride is the wrong word. Frustration is a

better term. Being creative is frustrating because we seek perfection. I don't know about other authors, but I'm always plagued by doubt and worry about every project/book I work on and even though I may be confident in a novel once I press the publish button, niggling doubts will continue to nag at me and I will pick at the text and change sentences, even paragraphs after having published. I don't think that will ever stop however successful a novel became. Of course, I quickly move on to the next story, but I can't help myself worrying about the novels I've released. I suppose it's a bit like being a parent even after the offspring are fully fledged and flown the nest.

Being a writer is like swimming against a tide; you have to become a better swimmer before you make any headway. Writing is a learning curve with challenges in every project that will or should stretch you beyond what you thought yourself capable. Writing is a life path and there are no short cuts and there is definitely no time to sit back and feel proud.

After completing my first novel, Raw Nerve, I did feel a huge sense of achievement, but not pride. I think I was far too worried about what my father would think of it and whether they thought it good enough to be published. Actually, my father was the first to read it and when he turned over the final page of the very thick ream of A4 pages I had placed in front of him he said, "I think you need to find yourself an agent."

I found an agent upon my first attempt. An agent in New York signed me and almost immediately HarperCollins were, apparently putting a team together to publish the book. Long story short, everything fell through, because the novel was perceived as too controversial by the top brass at HarperCollins. Penguin were interested as well, but the same excuse filtered down to me - Raw Nerve was too controversial. The novel was a thriller about a black woman becoming president of the USA - a fictitious scenario of why Colin Powell failed to run for the White House.

As fiction writers, the biggest obstacle we all face today is a decreasing market. Whether you're traditionally published or an indie novelist, the audience for the novel is growing smaller. The bottom line is we are entertainers and we are in competition with movies, TV and now gaming. Unfortunately I am meeting more and more young people today who have never read a book. Sure, they read parts of books in school, but they never finished a book because they had other things to do for entertainment. 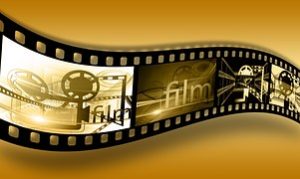 However, this is where we as creators have a strong hand. Every creative project, be it book, film, TV programme or story based game, begin life on a blank page and we are blank page fillers.

The challenge for all of us is we are in a saturated marketplace and to make money we have to get to a level of professionalism where we are providing good to excellent entertainment that can cross over to a variety of entertainment mediums.

I think I have said before that I write the novel first so the story I want to tell is set firmly on the page, but my aspiration is to see the story made into a TV drama series or film. That remains my goal and I continue to take steps towards that end. Once the goal is achieved, do I or will I sit back and wallow in a sense of pride? Of course not. I'm too busy working on the next project and feeling far too insecure about that to concern myself with pride...

I’ve now written four novels against an ever-changing and evolving publishing industry. I have found a great publisher in Wales Press and I’m currently exploring the new medium - new to me anyway - of audiobooks. I am reading, or should I say performing the novels myself and it is great fun and a very different experience to writing the original story.

The Drama Merchant is my first attempt.